Wake rested and refreshed. After a filling breakfast at our Villa we will walk to our host town of Cascais-part of the Portuguese Riviera. Cascais is a traditional and charming Portuguese fishing town, which is situated on the beautiful Lisbon coastline. Historically, Cascais was the summer retreat of the Portuguese nobility, and today the town is an elegant fusion of decorative 19th-century architecture and modern tourist facilities. Cascais is a joy to explore, within the cobbled streets of the historic center are lavish mansions, an imposing fort and fascinating museums. Lunch in Cascais*, a little shopping and then back to the Villa for a delicious gourmet dinner at the villa again prepared by Chef Walter.

After a delicious breakfast at our villa, we will venture out to the fascinating town of Sintra. Sintra is a town in the foothills of Portugal’s Sintra Mountains, near the capital, Lisbon. A longtime royal sanctuary, its forested terrain is studded with pastel-colored villas and palaces. The Moorish- and Manueline-style Sintra National Palace is distinguished by dramatic twin chimneys and elaborate tile work. The hilltop 19th-century Pena National Palace is known for a whimsical design and sweeping views.  Lunch* in Sintra, then more shopping or sightseeing.

After a homemade breakfast, we will continue our Adventure and head to the western coast of central Portugal to the Silver Coast. We will stop at a favorite spot on the cliffs overlooking the ocean and then head to Peniche. Peniche is a major fishing port that has developed into a popular tourist destination due to the wonderful beaches that surround the town. These beaches have some of the best surfing waves in Western Europe. Peniche reflects the fishing industry and is a hard working town that has a raw and ramshackle appearance that has barely altered. Once beyond Peniche’s shabby appearance, there is a lot to love; with fantastic sea food restaurants and of course the fantastic beaches. Lunch *nearby on the beach. We’ll then head to Obidos. Obidos is the finest example of a Portuguese walled town, and is one of the best tourist destinations of the Lisbon region. Historically, Obidos was presented to the Queen of Portugal on her wedding day, a tradition that began with Queen Urraca in 1214 and continued until the 19th century. This royal patronage has left an enduring legacy of pride within the town, and today it is one of the most characterful towns of central Portugal. Obidos is a charming town to explore; there are narrow-cobbled streets, traditional painted houses, and an imposing medieval castle. Obidos may be just a small town, but there is no better example of a traditional Portuguese town than Obidos. Late in the afternoon, we will journey back to our Portuguese home away from home and enjoy a relaxing evening with a multi course gourmet dinner.

Today, after breakfast, we are off to tour Lisbon in the morning. We will take a tour on one of Lisbon’s San Francisco-like trams to get an overview of the city. Lisbon is Europe’s second-oldest capital (after Athens), once home to the world’s greatest explorers, like Vasco da Gama, Magellan and Prince Henry the Navigator, becoming the first true world city, the capital of an empire spreading over all continents. It is one of Europe’s most soulful, captivating and picturesque capitals, built on a series of hills with scenic vistas from every angle. The city of the oceans, the only European capital with sunsets on the sea, one of the world’s greatest natural harbors which attracted different civilizations, now reflected in its architecture and culture recalling Phoenicians, Celts, Romans, Visigoths and Moors. You will love this charming visual time-warp with vintage trams and medieval village-like neighborhoods and a reminiscence of the romantic decay of Venice, the exoticism of Naples or Istanbul, the laid-backness of Rome, echos of San Francisco, and Iberian spirit. Lunch* in Lisbon and then shop or just sit along the river Tagus River (or Rio Tejo). Then, back to the Villa for another amazing dinner.

All bedrooms have private bathrooms. 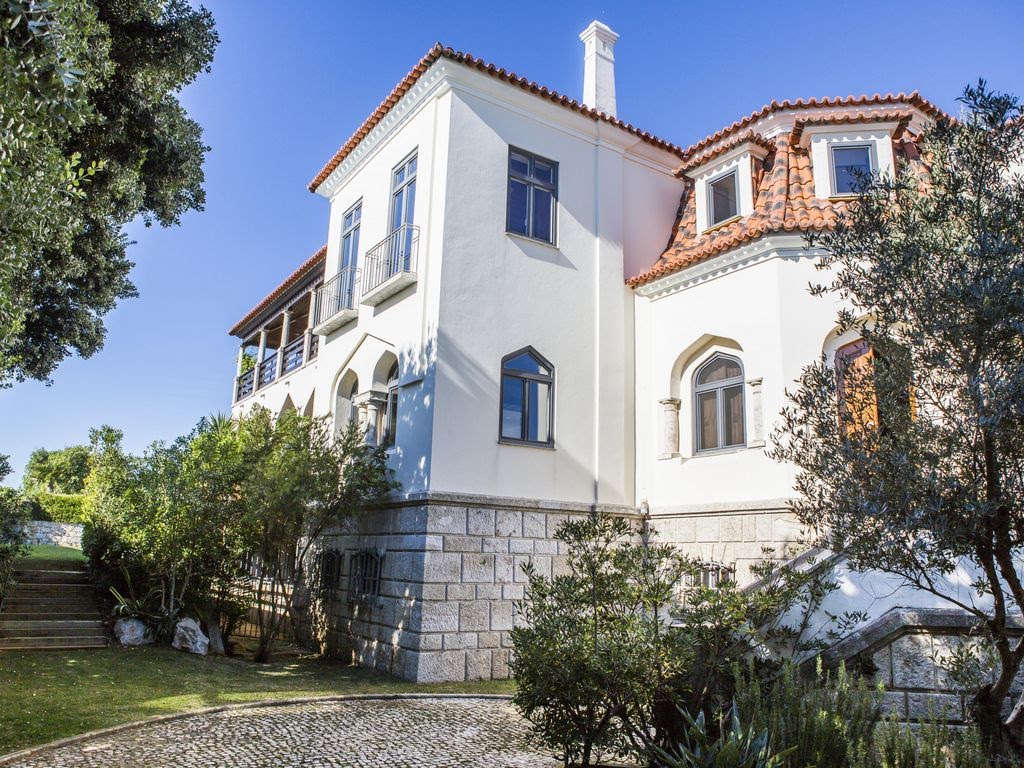 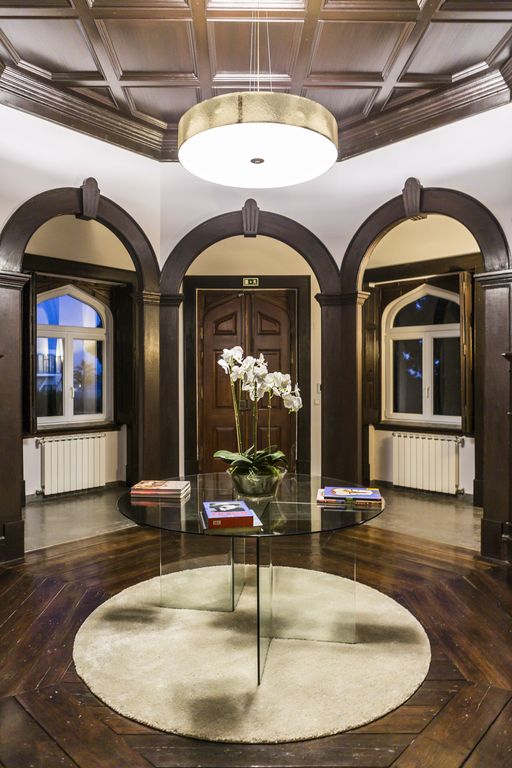 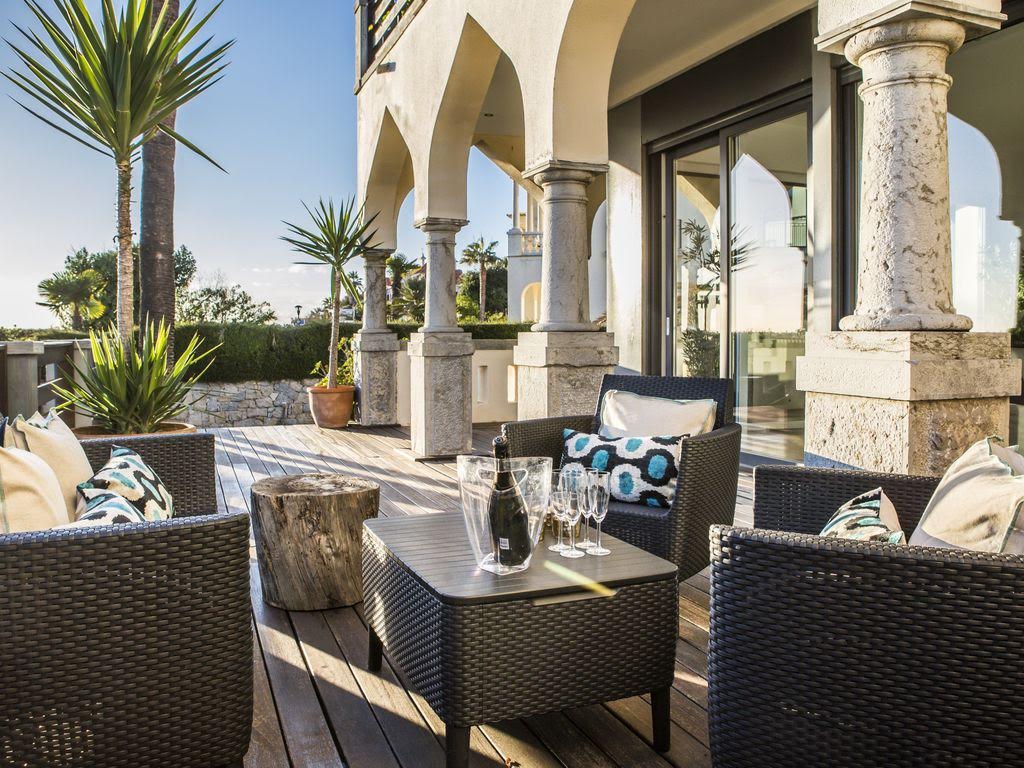 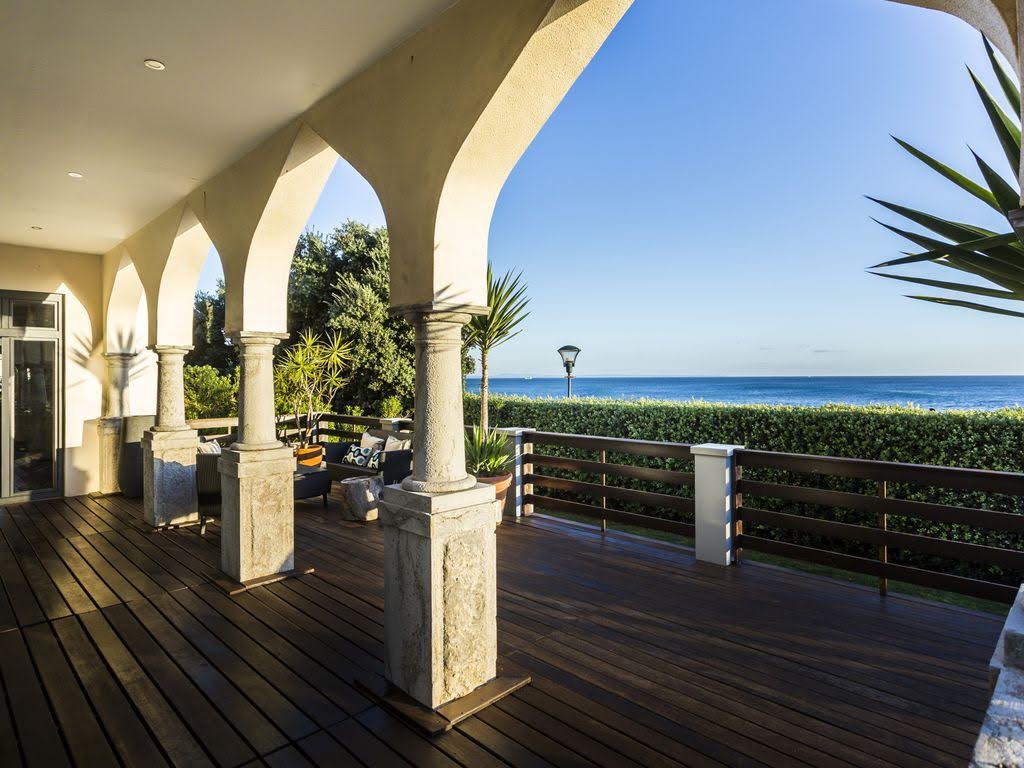 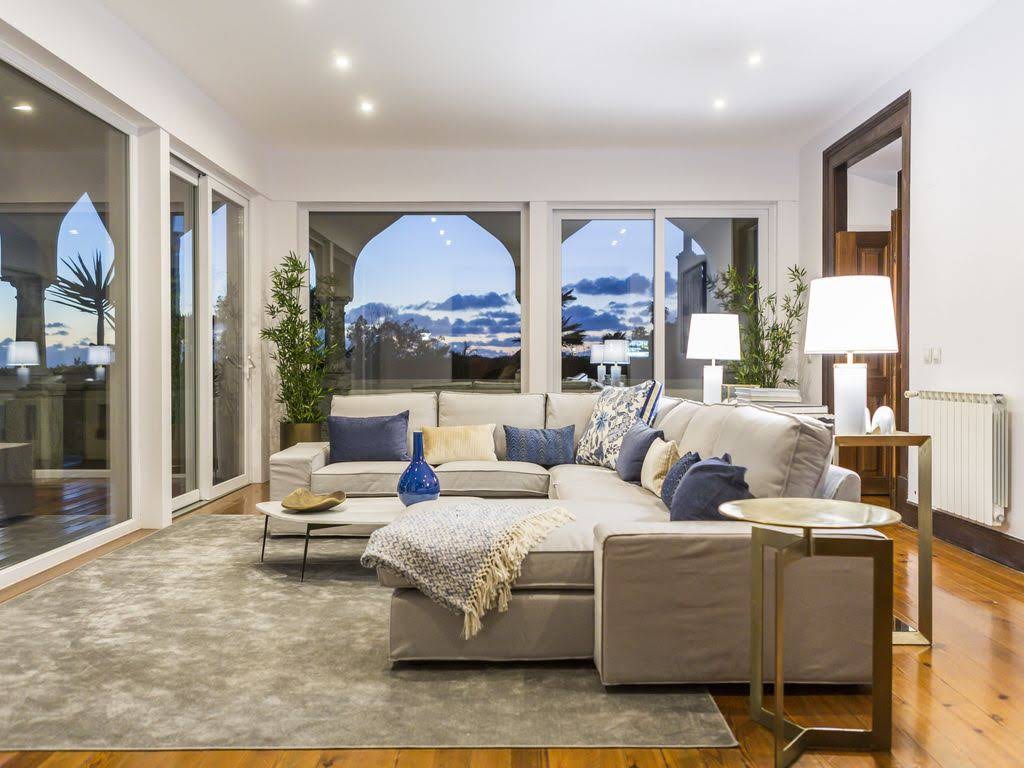 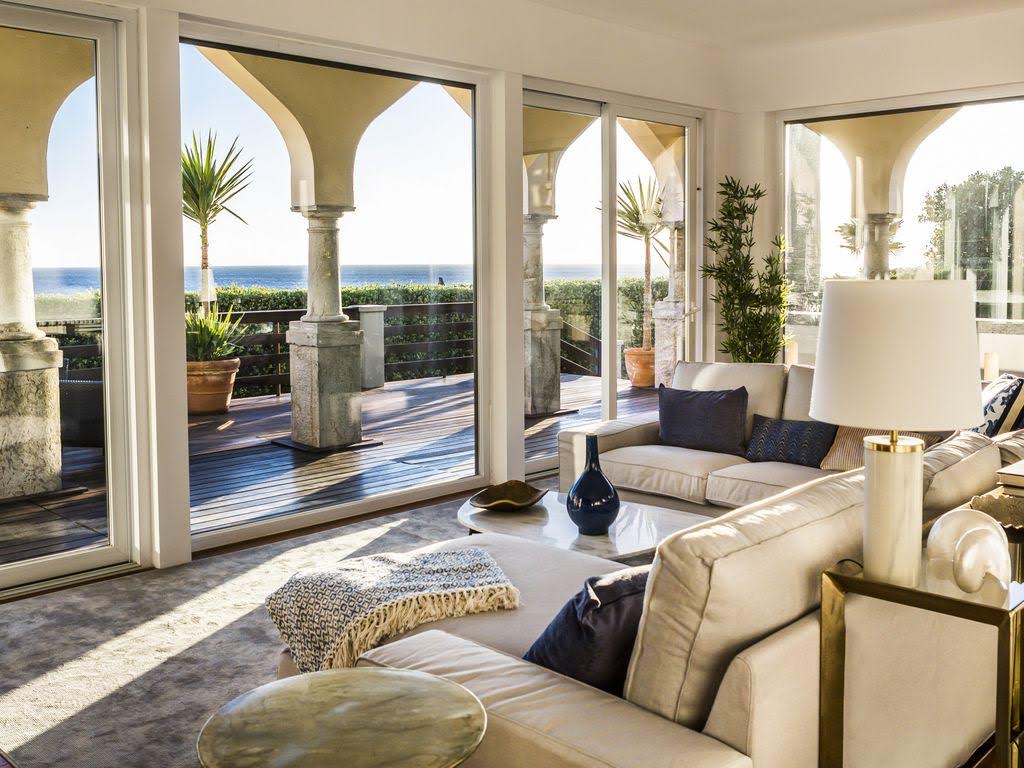 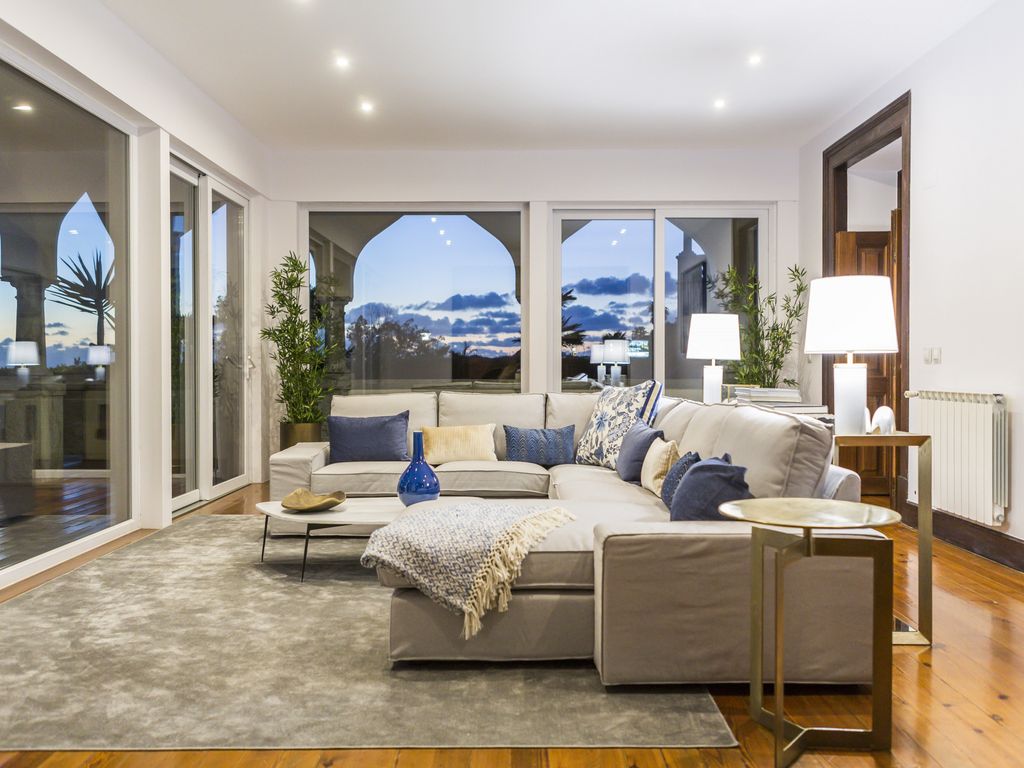 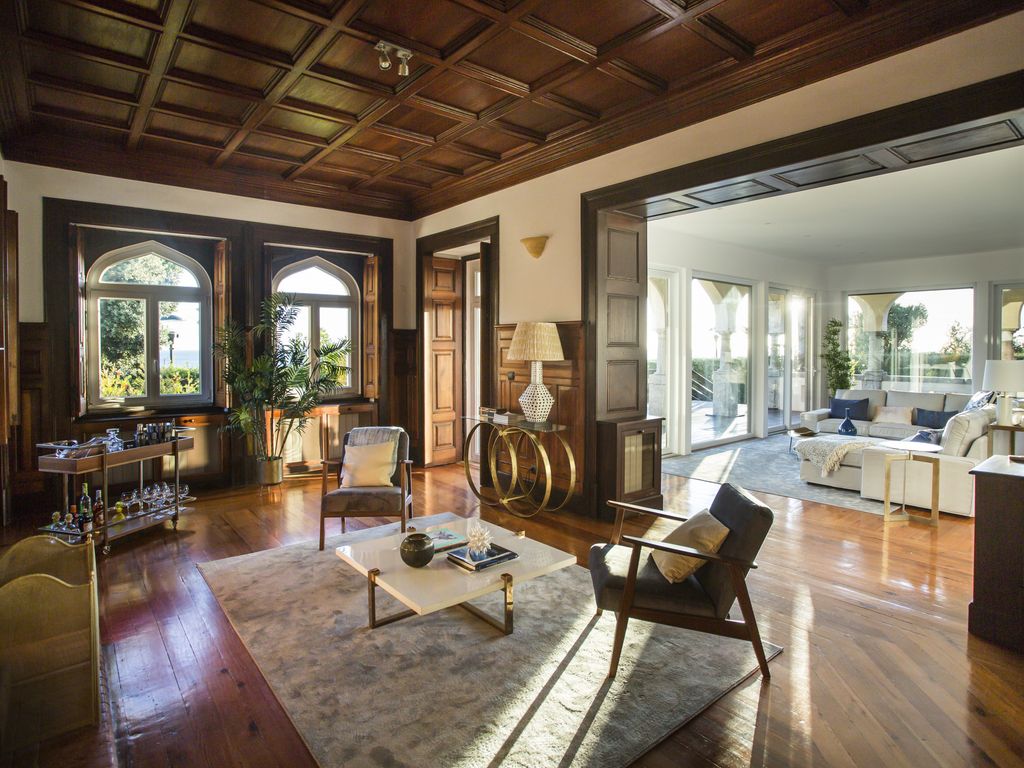 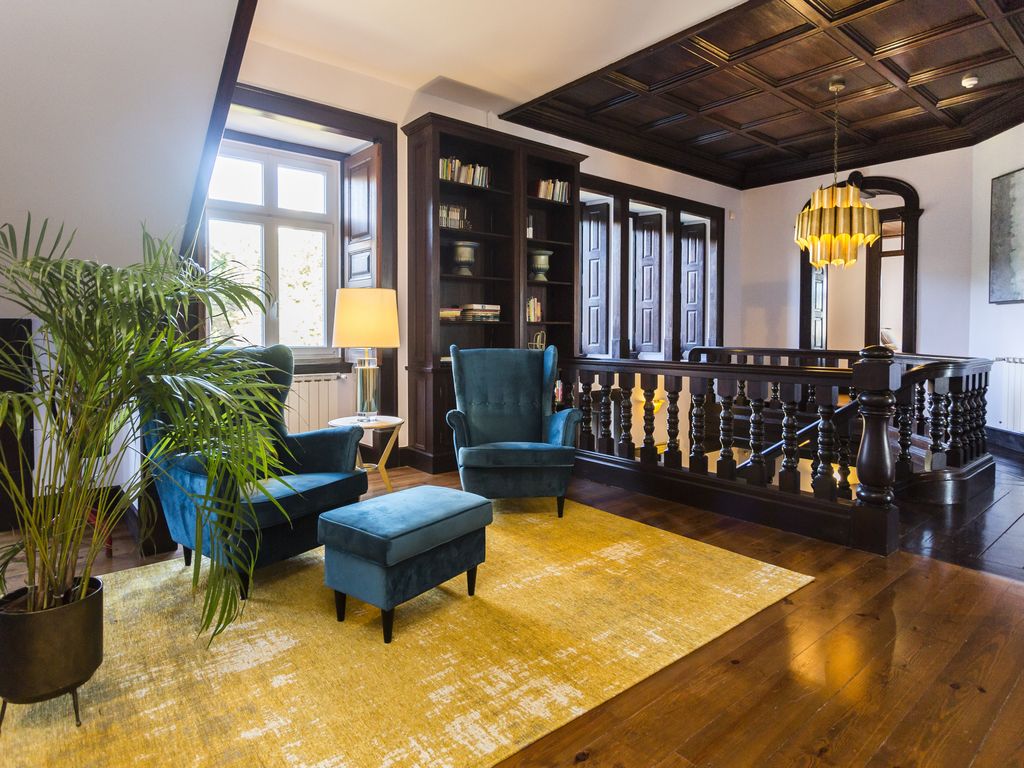 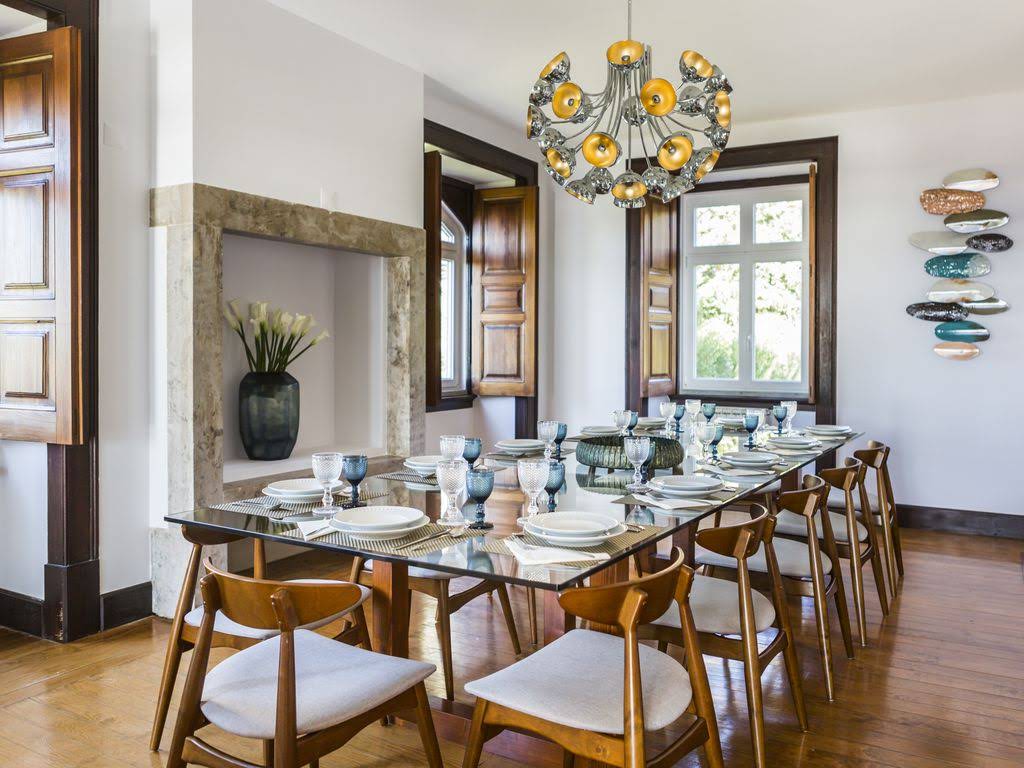 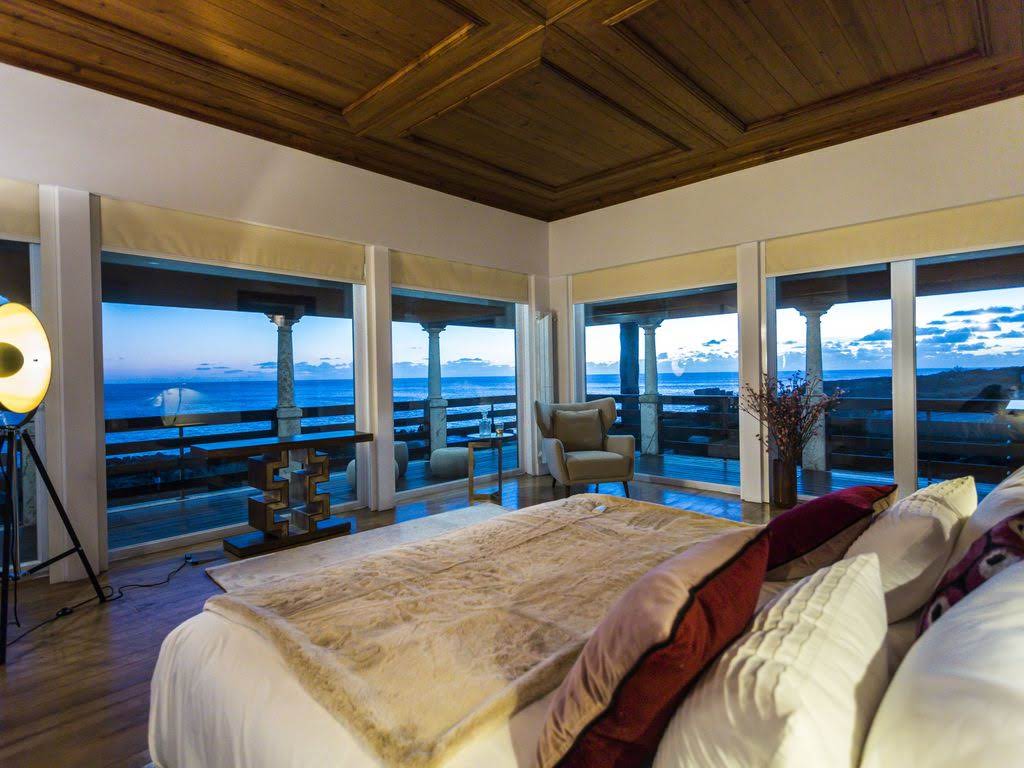 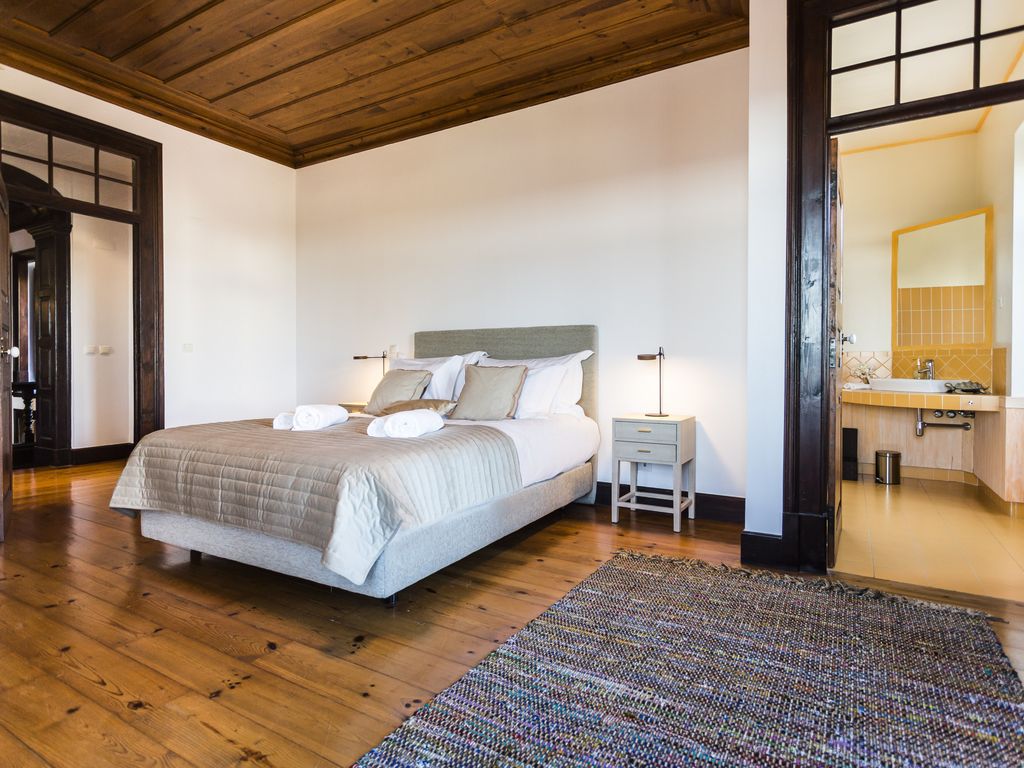 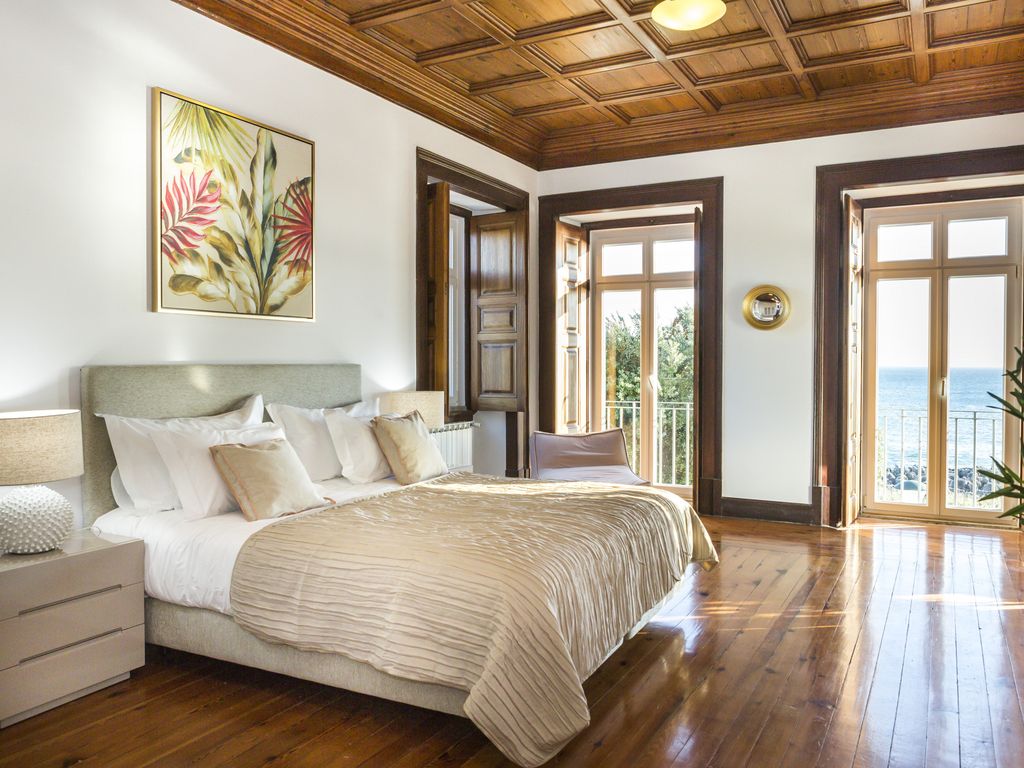 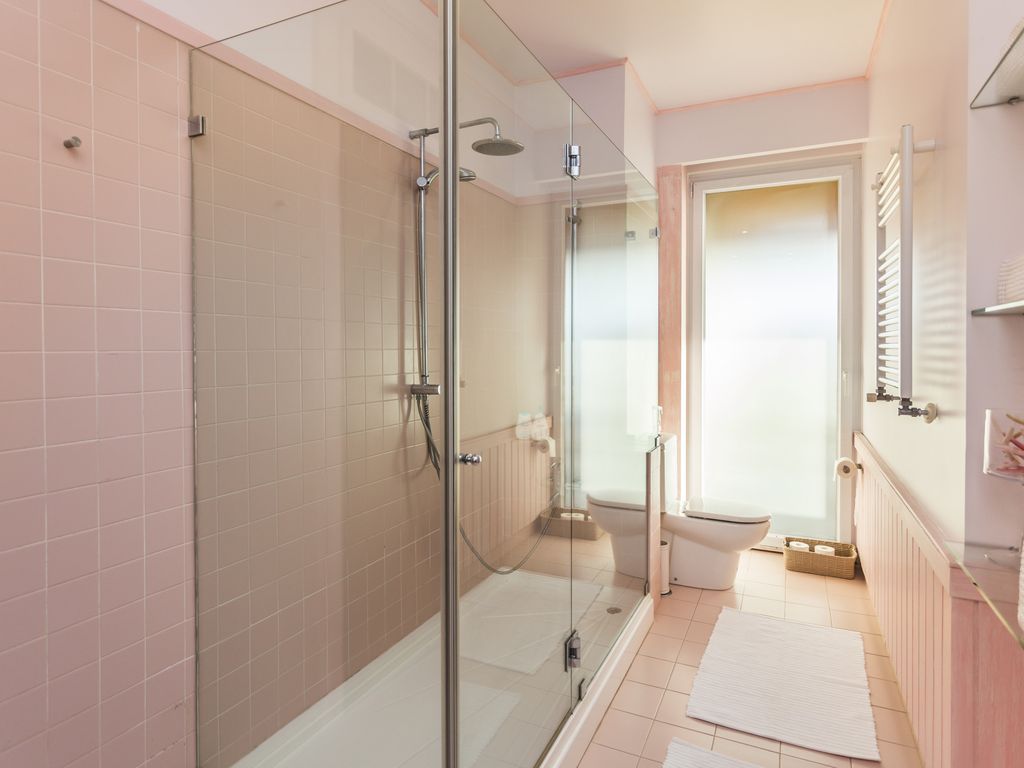 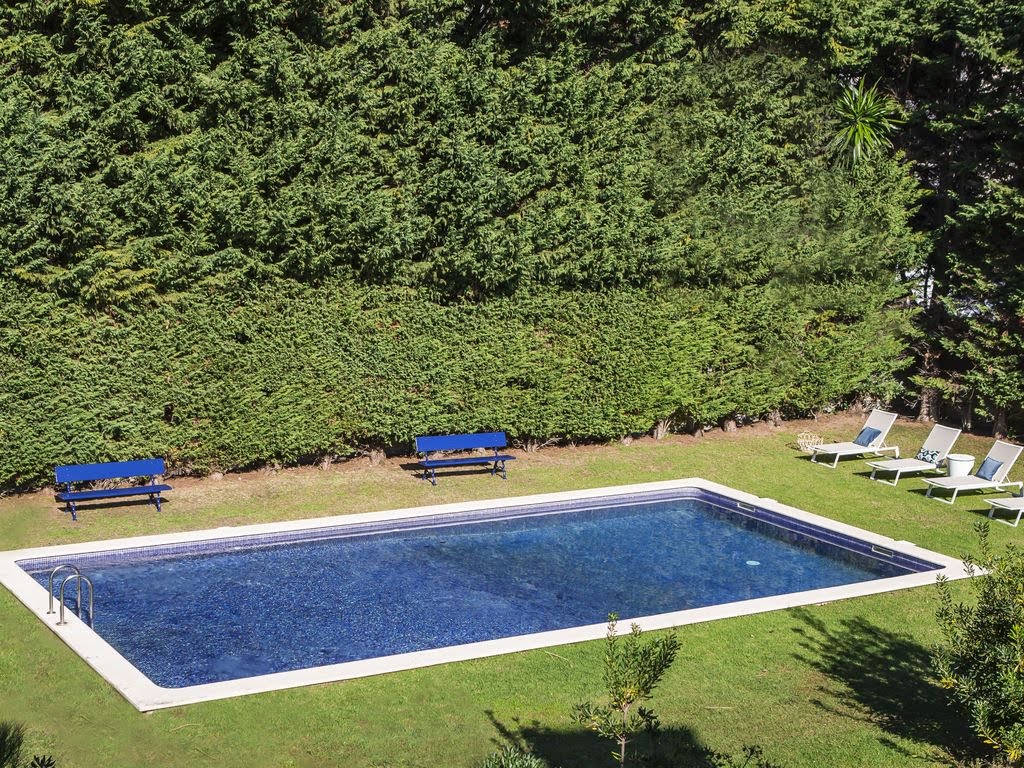 Not Included:
Airfare to Lisbon
Lunches during excursions